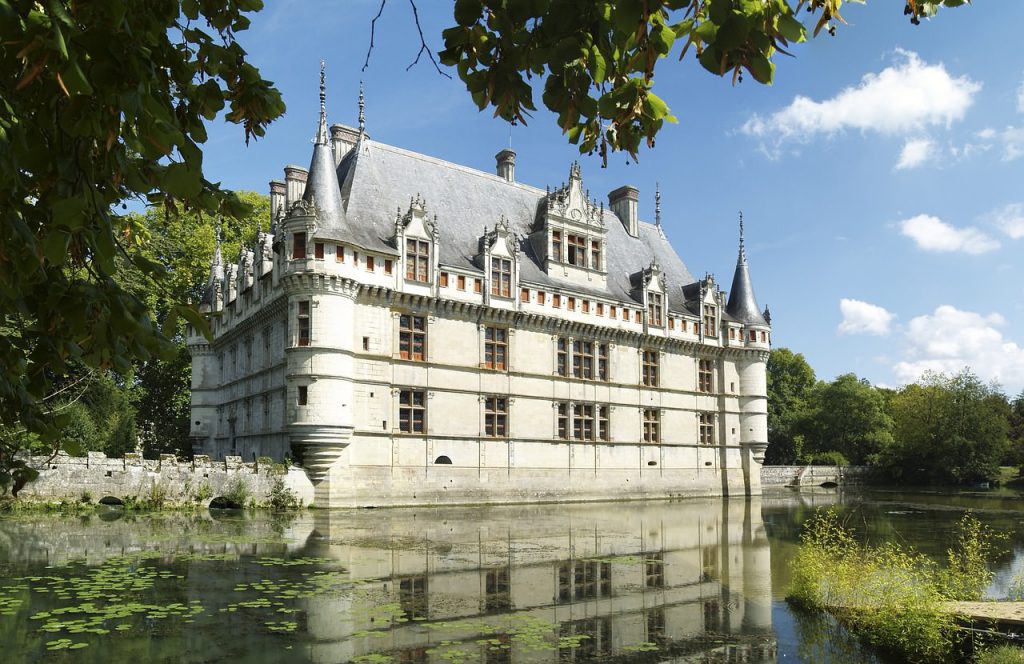 Image by Alansart from Pixabay

The charm of this 16th-century chateau is that it is surrounded by water on four sides in the middle of the Indre River. There are also two watermills on islands in the river as it flows through the village of Azay-le-Rideau. 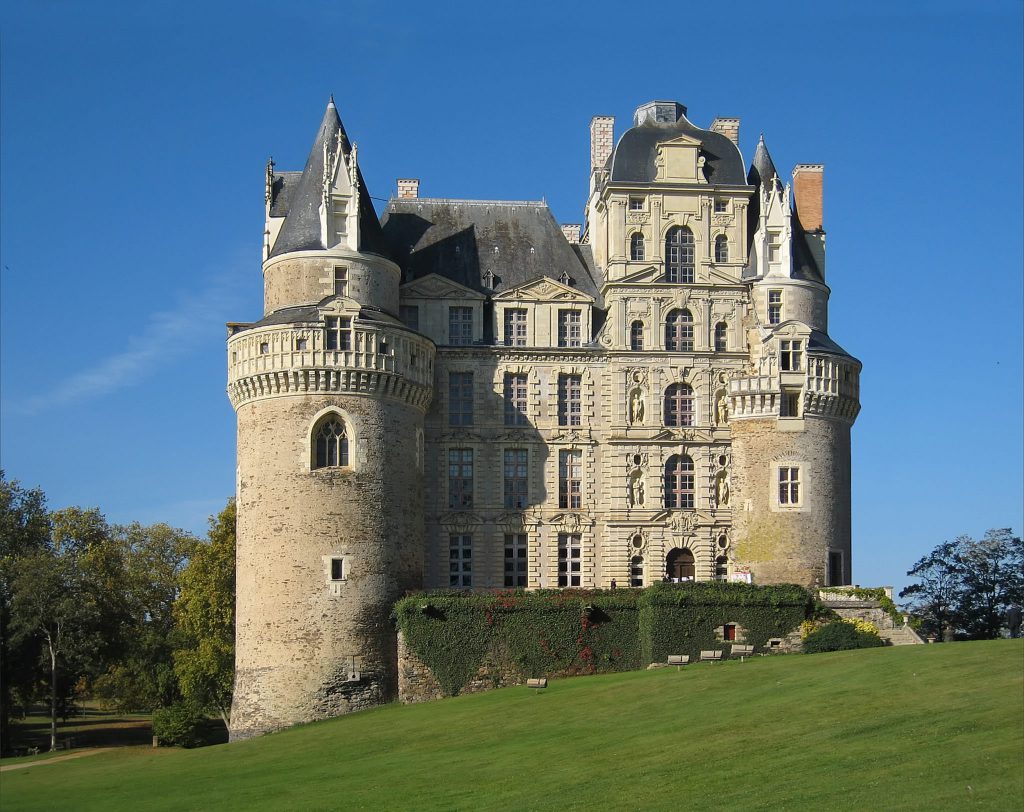 By Manfred Heyde – Own work

Brissac is just outside Angers and is one of the larger royal castles of France. It is today the residence of the 13th Duke of Brissac. It has its original 15th-century fortress, two medieval towers and the ancient wine cellar, as well as an exceptional 19th-century theatre, ornate golden ceilings, the Flemish and Gobelin tapestries and a magnificent park – all make a fascinating visit! 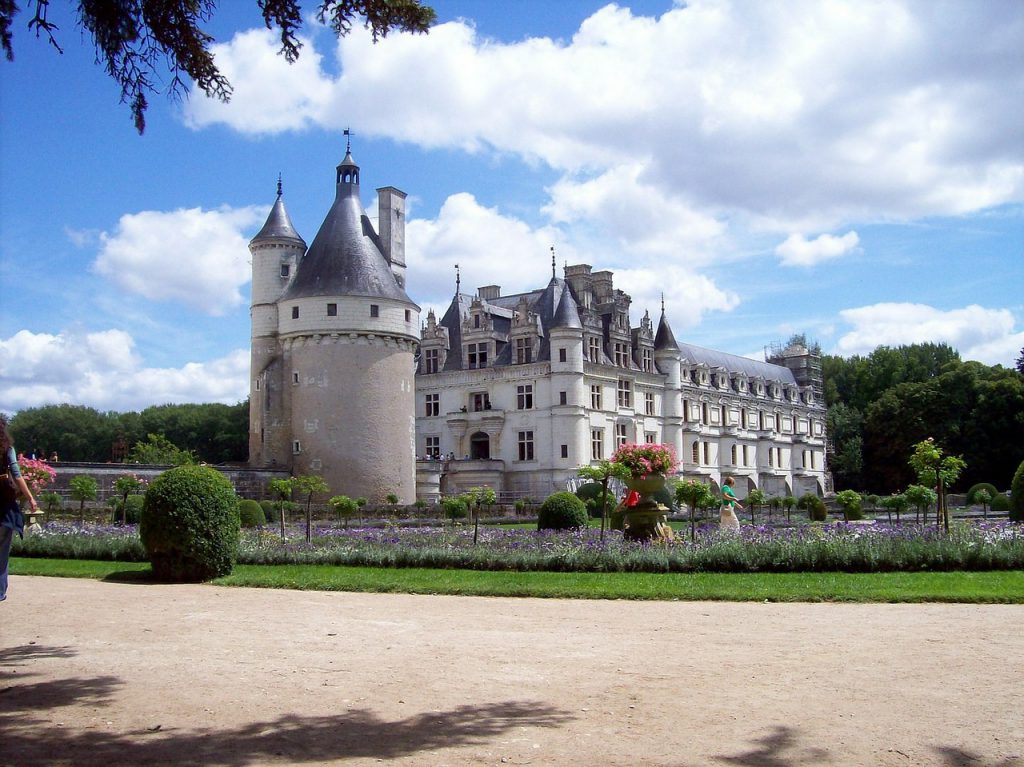 Image by Alan A. from Pixabay

This magnificent château has a long and dramatic entrance, flanked on either side by formal gardens. There is also a waxworks museum, a maze to explore and woods along the river. You can hire boats and go rowing along the Cher River. In the evening there is a Sound and Light show. 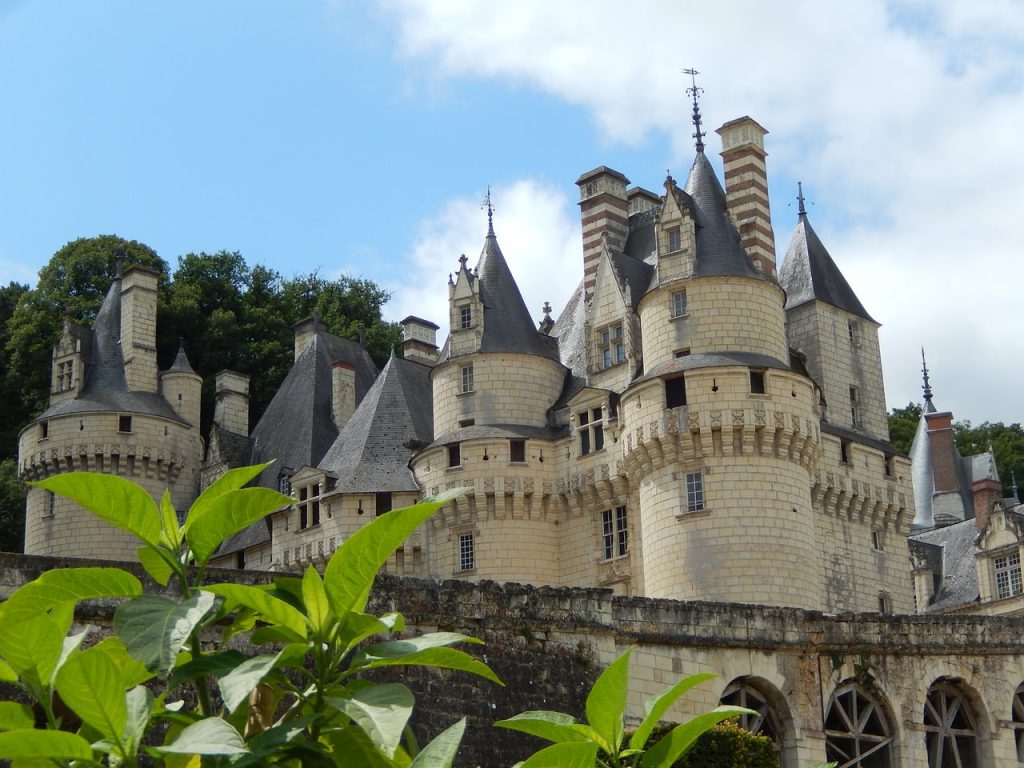 Image by Aga Marchewka from Pixabay

Long before the Sleeping Beauty castle at Disneyland, there was the Château d’Ussé. The author of Sleeping Beauty, Charles Perrault, was inspired by this Château as the setting for the story. Inside the castle, as you wander through one tower, there are waxwork tableaux from the fairy tale. 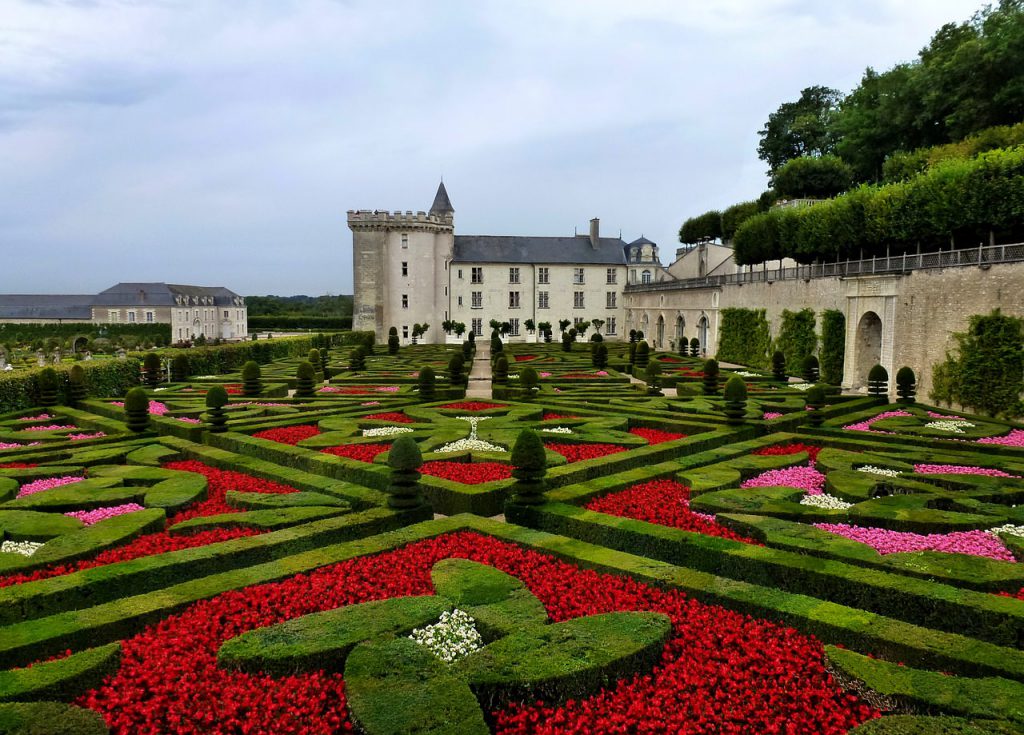 Image by RENE RAUSCHENBERGER from Pixabay

This château is famous for its Renaissance gardens. Wander around the amazing water garden, ornamental flower garden and most amazing vegetable gardens. 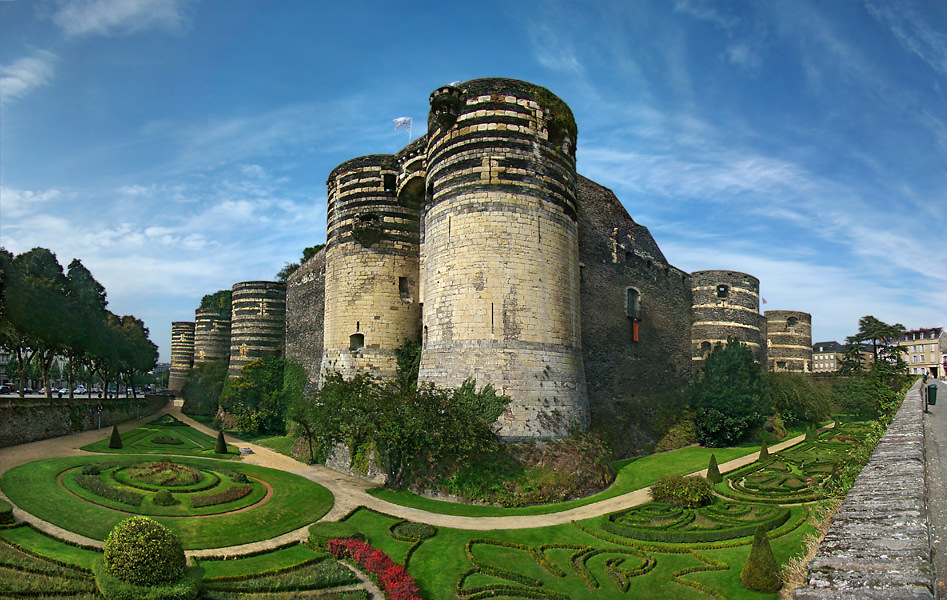 The Château d’Angers is a castle in the city of Angers in the Loire Valley, in the département of Maine-et-Loire, in France. Founded in the 9th century by the Counts of Anjou, it was expanded to its current size in the 13th century. It is located overhanging the river, Maine. It is a listed historical monument since 1875.[1] Now open to the public, the Château d’Angers is home of the Apocalypse Tapestry.

The Château de Saumur, originally built as a castle and later developed as a château, is located in the French town of Saumur, in the Maine-et-Loire département. It was originally constructed in the 10th century[1] by Theobald I, Count of Blois, as a fortified stronghold against Norman attacks. It overlooks the confluence of the Loire and the Thouet. In 1026 it came into the hands of Fulk Nerra, count of Anjou, who bequeathed it to his Plantagenet heirs. Following its destruction in 1067, the castle was rebuilt by Henry II of England in the later 12th century. [Source: Wikipedia]

Château de Chinon is a castle located on the bank of the Vienne river in Chinon, France. It was founded by Theobald I, Count of Blois. In the 11th century, the castle became the property of the counts of Anjou. In 1156 Henry II of England, a member of the House of Anjou, took the castle from his brother Geoffrey, Count of Nantes after Geoffrey had rebelled for a second time. Henry favoured the Château de Chinon as a residence. Most of the standing structure can be attributed to his reign and he died there in 1189. [Source: Wikipedia] 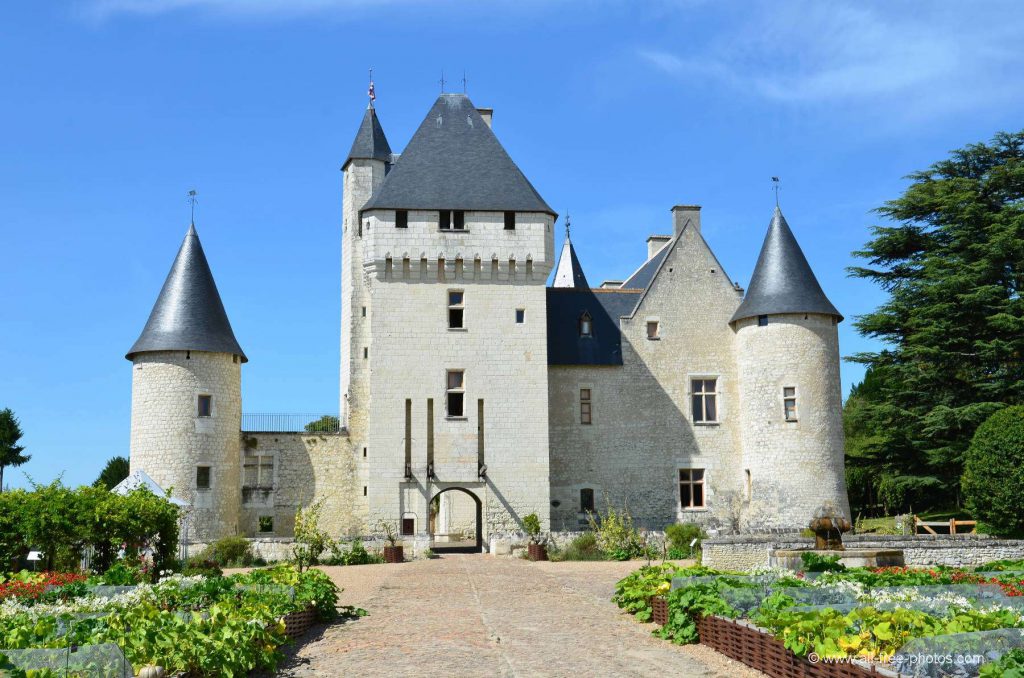 With its majestic keep and its protective drawbridge, the Château du Rivau seems to come straight out of a fairy tale. Its shape is reminiscent of the 13th century fortified castles as suggest the square layout one can still discern. The square-shaped keep was the heart of the castle’s fortification. [Source: Wikipedia] 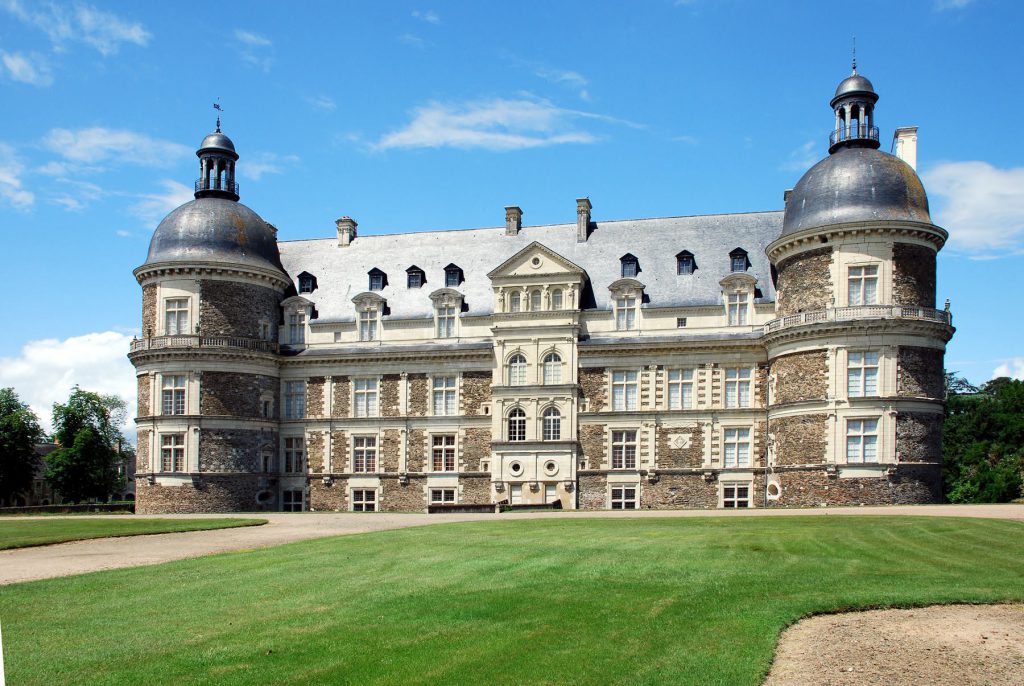 Nowadays, the castle is still a private house, welcoming for all the visitors. The current owners, the Prince and Princess de Merode, are descendant of the La Trémoïlle. They have already done a lot to embellish and modernize it. Since 2004, the castle offers beautiful and restored kitchens. [Read more] 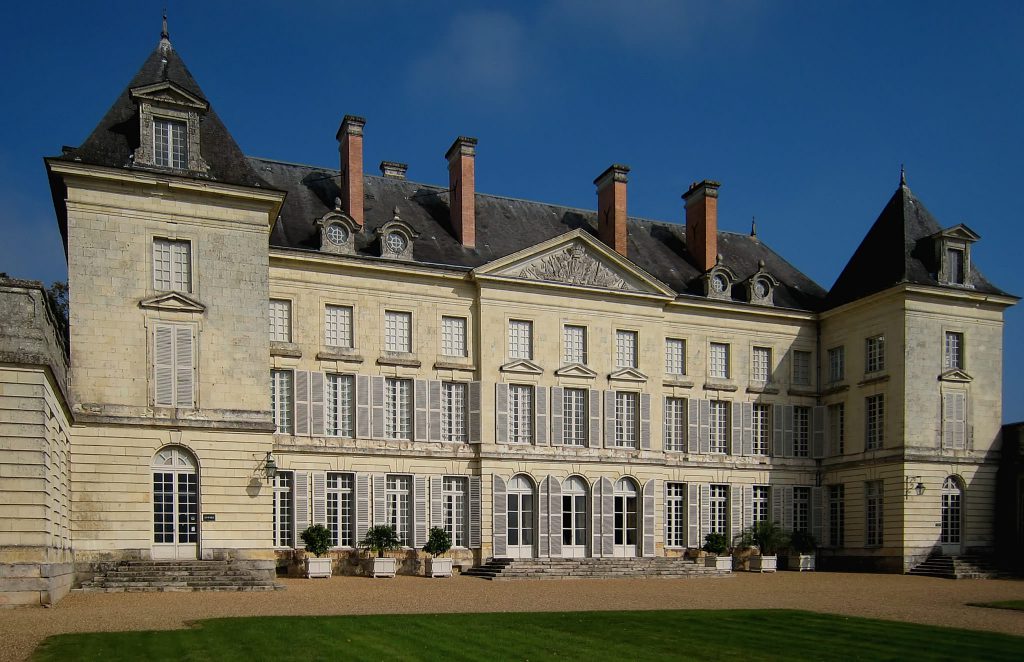 The Château de Montgeoffroy is an 18th-century manor house located in the commune of Mazé (Maine-et-Loire), France.

In 1676, Érasme de Contades acquired the property. In 1772, the Marshal Louis Georges Érasme de Contades, governor of Alsace, decided to rebuild the château as a retirement home. He called on the Parisian architect Jean-Benoît-Vincent Barré, who worked with the local architect Simier. [Source: Wikipedia]

Signup to our newsletter

Tell us what you’re looking for! We’d love to welcome you.